1 John 3:1 “Behold what manner of love the Father has bestowed on us, that we should be called children of God.”

You may be in a hurry to agree that God is Infinite, Omnipotent, Omniscient, Alpha and Omega, a consuming fire etc, but how is He our Father? How do you relate? The answer is summed up in these scriptures;

John 1:12      But as many as received him, to them he gave power to become the sons of God, even to them that believe in His name.

Rom 8:15-17 15 For [the Spirit which] you have now received [is] not a spirit of slavery to put you once more in bondage to fear, but you have received the Spirit of adoption [the Spirit producing sonship] in [the bliss of] which we cry, Abba (Father)! Father!

16 The Spirit Himself [thus] testifies together with our own spirit,

that we are children of God.

17 And if we are [His] children, then we are [His] heirs also: heirs of God and fellow heirs with Christ [sharing His inheritance with Him]; only we must share His suffering if we are to share His glory.

Yes! We became God’s children by receiving His Spirit and believing in His name, it’s that simple!

By default, we were not God’s children but became His children the moment we came to accept His offer to be called by His name.

The main idea behind the creation of man was for fellowship.

The Bible in Genesis clearly points this out. God wanted man to fellowship with Him and to enjoy the beautiful things He had created. He made man in His image and after His likeness, put him in the Garden of Eden and made him to have dominion over all He had created. The Bible records that God came down in the cool of the evening to fellowship with man. Read Genesis 1:26-28

The fall of man, through disobedience and sin caused a separation between God and man, as God is Holy and cannot stand sin. Man remained in a fallen state until, a new order, the Last Adam, The Lord Jesus came and paid the price for sin. That caused a restoration for man to take his rightful place. Read Romans 5:12-21 for better understanding.

The life, death and resurrection of Jesus brought a new order of restoration, justification and righteousness. The condition to enter this new order is to believe what Jesus has done for us.

The concept of fatherhood signifies a blood relationship. It also signifies the transmission of gene and DNA from father to child in a biological sense of it. Scripture makes it clear that once you have identified with God through the finished work of redemption, you are called a child of God. This implies that God is your father as we have seen in our two anchor scriptures.

This concept is difficult for many religions to accept. When Jesus introduced Himself as the Son of God, the Jews considered it as blasphemy. Many religions see God very far off from man and are more comfortable having a Master-slave relationship with Him than a Father-Son relationship.

Even though the fall of man in Genesis ruined God’s initial plan, God still made a better plan for man through His son Jesus, this is to show us how valued we are to God, He loves us by default.

1. Incommunicable attributes – those that belong to God alone, those that make God God

2. Communicable attributes- those human beings can also have, what he shares with His children. They include;

We all know that one of the characteristics of Parenthood or fatherhood is the ability to love, God is the author of love, God is love personified, His love is not based on any condition, it is the Agape love, it is unconditional. He loves you just the way you are. He loved you first and gave Himself for you, what else can He not give you?

Every father is supposed to care for his children, that affection should exist, God our Ultimate and Prototype Father cares for all of His children. He is mindful of you.

Ps 34:10 The lions may grow weak and hungry, but those who seek the LORD lack no good thing

This scripture makes it clear that God is concerned about every aspect of your welfare. He is committed to you in all aspects of your life. O what a great privilege!

He is there to meet our needs, to supply all that it is that we desire, just like earthly fathers make basic supplies for their children, so also God, He knows our every need and meets those needs. 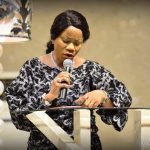 Don’t deprive the world of your ‘shine’ - Pst Sade Obasohan 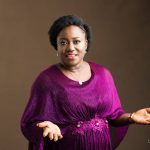 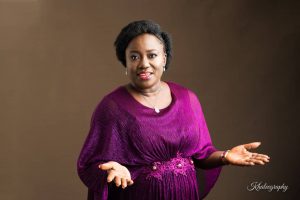 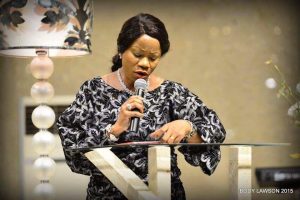 Don’t deprive the world of your ‘shine’ – Pst Sade Obasohan 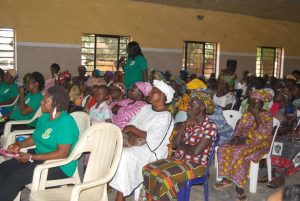 Widowhood – Another opportunity to showcase the faithfulness of God.

We welcome your sacrificial gift. Please use the account details below for your cash donation.

Thank you for giving